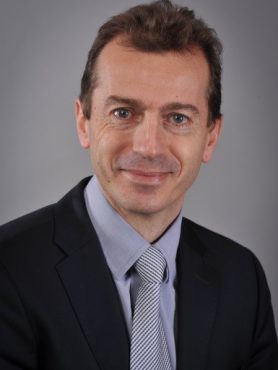 Prior to assuming this position, he had been CEO of Eurocopter since May 2013. He joined Eurocopter from Peugeot S.A., where he had served as Executive Vice President for Research and Development since 2010 and as a Member of the Managing Board since 2009.

Mr. Faury, a licensed flight test engineer, served in various senior management functions at Eurocopter from 1998 to 2008 before joining Peugeot S.A. He was Chief Engineer for the EC225/725 programme, Head of the Heavy Helicopter Flight Test department, Executive Vice President for Commercial Programmes and, ultimately, Executive Vice President for Research & Development. Mr. Faury also was a member of the Eurocopter Executive Committee.

He started his professional career with the French Defence Procurement Agency DGA, where he was in charge of Tiger helicopter flight test activities at the Istres Flight Test Centre.