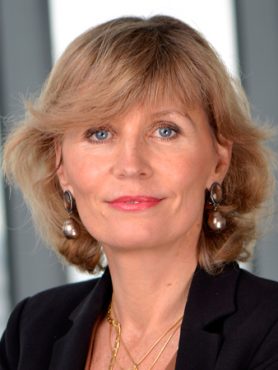 A graduate of the Institute of Political Studies (Grenoble and  Paris) and the Ecole Nationale des Ponts et Chaussées, Marianne de Battisti is a real estate specialist in the private (residential and tertiary) and public (hospitals, schools and administration) sectors with Icade, where she successively held the positions of Development Director in Lyon , followed by Branch Director in Grenoble and Rouen , then Director of Establishment in the North of France and the Paris region . At the same time, she had management responsibilities in several mixed public-private real estate companies. In 2001, she took the position of Managing Director of Icade Cités.
In 2004, Marianne de Battisti became a member of Icade’s Executive Committee, in charge of international, communications and marketing.

In September 2012, Marianne de Battisti was honoured by being appointed a Knight in the National Order of Merit.

Is there Such a Thing as an Integration Model ?