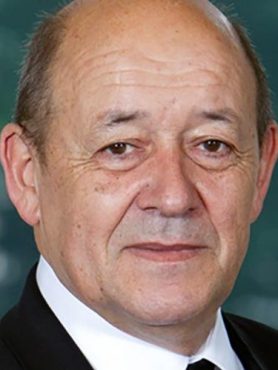 Jean-Yves Le Drian, 68, was born in 1947 in Lorient (Brittany). He holds an “agrégation” in History (1971) and is an honorary Inspector General in the French National Education Department.

On this account, he is currently holding responsibilities within French and European authorities. Since 2010, he has been chairing the Conference of Peripheral Maritime Regions (CPMR) which gathers 161. coastal regions. Within the Association of French Regions, he chairs the “Europe” committee and the “Regions” sub-committee.

After having been elected Deputy for Morbihan in 1978 for the first time, Jean-Yves Le Drian left the National Assembly in 2007. All along these mandates, he sat on the National defence committee. He was more specifically involved in Defence matters and, among others, he was Rapporteur for the budget of the French Navy, as well as rapporteur for commission of inquiry about the safety of Sea transport of dangerous and polluting products.

President François Mitterrand appointed Jean-Yves Le Drian as Junior Minister for the Sea (1991-1992) to Paul Quilès, who was then Minister for Public Works, Housing, Transport and Space (Edith Cresson Cabinet). Among others, he was in charge of setting up the modernization policy of the Harbours (reform of the dockers).

In 2004, François Hollande, the then First Secretary of the Socialist Party, appointed him as National Secretary in charge of defence matters. He entrusted him with a similar responsibility as Head of the, Defence pole during the Presidential campaign of 2012.

The President of the Republic appointed Jean-Yves Le Drian as Minister for Defence on May 16, 2012, in the Jean-Marc Ayrault cabinet. 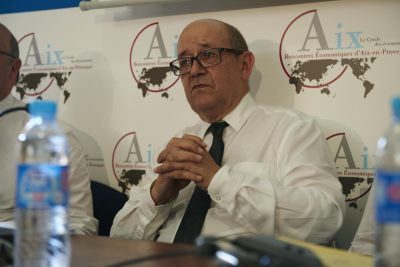