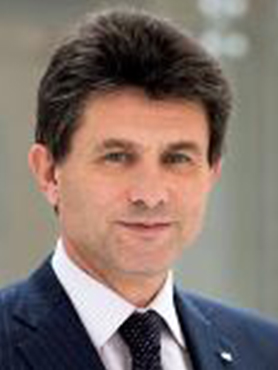 Henri de Castries starts his career in the French Finance Ministry Inspection Office, auditing government agencies from 1980 to 1984.
In 1984, he joins the French Treasury Department, where, in 1986, he plays an active role in several privatizations before being appointed to oversee foreign exchange markets and balance of payments for the Treasury.
In 1989, he joins AXA’s Corporate Finance Division. In 1991 he is named Corporate Secretary, in charge of the legal aspects of the reorganization and merger of Compagnie du Midi with and into the AXA Group.
Two years later, he is appointed Senior Executive Vice President for the Group’s asset management, financial and real-estate businesses. In 1994, he assumes the additional role of overseeing North American and UK operations.
In 1996, Henri de Castries played an active role both in preparing the UAP merger and in managing the subsequent integration of the two groups. In 1997, he was appointed Chairman of The Equitable Companies (which later became AXA Financial).
Henri de Castries is Chairman of the AXA Management Board from May of 2000 to April of 2010. Since April 2010, following a modification of the corporate governance structure, he has been Chairman & Chief Executive Officer of AXA.
Henri de Castries is a graduate of the business school HEC (Ecole des Hautes Etudes Commerciales) and holds a bachelor degree in Law. He is a former student of the ENA (Ecole Nationale d’Administration). Since June 2015, he has been Chairman of the Institut Montaigne. Henri de Castries sits on the Board of the Association pour l’aide aux jeunes infirmes, an organization dedicated to helping disabled youth, and is Chairman of AXA Hearts in Action, AXA’s volunteer community outreach program.

How To reform France ?