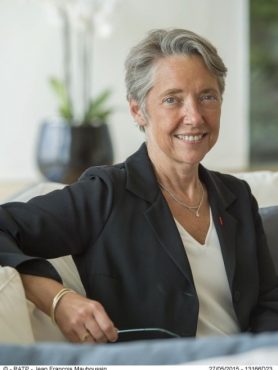 Graduate of the Ecole Polytechnique, Elisabeth Borne is a general engineer of bridges and roads. After holding various positions in the Ministry of Equipment and at the Directorate-General of Equipment for the Ile-de-France region, she was named technical adviser in charge of transport and then adviser in charge of urban planning, equipment, housing, transport and the city in the cabinet of the Prime Minister (1997-2002). Ms. Borne then went on to become the Chief Strategy Officer and member of the Executive Committee of SNCF, where she remained until 2007. Concession Manager at Eiffage (2007-2008), then General Manager of city planning for the city of Paris (2008-2013), she was then appointed Prefect of the Poitou-Charentes region (2013-2014). From 2014 to 2015, she was the chief of staff to the minister of Ecology, Sustainable Development and Energy. Since May 2015, Ms. Borne is CEO of RATP Group. Ms. Borne is also President of the Supervisory Council of Systra, the engineering subsidiary of RATP and SNCF.

Do Cities Rule The World ?