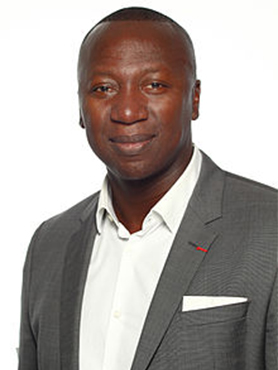 Bertin Nahum was born in 1969 and holds an Engineering Degree from the National Institute of Applied Sciences (INSA, Lyon, France) and a Master of Science in Robotics from Coventry University (UK).

In 2002, following his experience in the field, including in the operating theatre along with outstanding surgeons, Bertin Nahum decided to set up a company specialized in surgical robotics.

With the support of the French public agency Oseo/Bpifrance and the Ministry of Higher Education and Research, Bertin Nahum founded Medtech in 2002. The first surgical robot developed by Medtech, BRIGIT™, was dedicated to knee surgery. In 2006, Zimmer Inc., the world leader in orthopedic implants, bought BRIGIT™’s entire patent portfolio. Medtech decided to reinvest those resources in the development of a new robotic assistant dedicated to neurosurgery, ROSA™ Brain, launched on the market in 2009 and now world-renowned.

In September 2013, Bertin Nahum was decorated with the French Legion of Honour, which he received from Fleur Pellerin, then Delegate Minister in charge of Small and Medium Enterprises, Innovation, and the Digital Economy.

After the listing of Medtech in the Paris market, operated by Euronext, in November 2013, Bertin Nahum announced in July 2014 the CE Marking of its new product ROSA™ Spine, which broadens Medtech’s scope to minimally invasive spine surgery.

In November 2014, Bertin Nahum received the title of Doctor Honoris Causa in Technology from the University of Coventry (UK).

ROSA™ Spine, devoted to minimally invasive spine surgery got the FDA clearance in 2016. 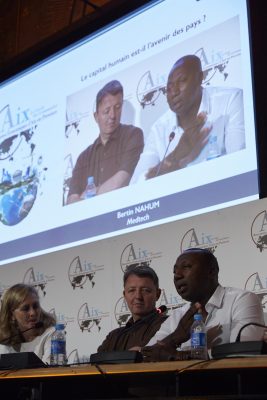 Is Human Capital the future of Countries ?