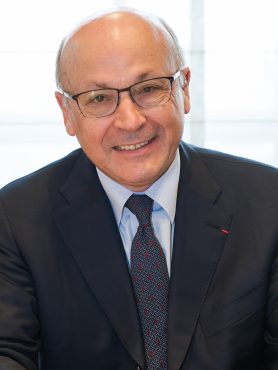 Alain Bentéjac, 62 years old, started his career in the French ministry of Economy and Finance, where he served during 12 years, mainly in the field of international economic relations. He joined the private sector in 1993 in the Vivendi Group as a manager of several subsidiaries involved in the construction sector. He was appointed Chairman and CEO of Coteba in July 1999. Coteba is an engineering and project management company, 100% employee owned since the leverage buyouts carried out in 2003 and 2007. In 2010, Coteba merged with another French engineering company, Sogreah, to form Artelia, a leading independent engineering firm. Alain Bentéjac is co-chairman of Artelia. Alain Bentéjac has been President of Syntec-Ingénierie, the French trade association of consulting engineers from 2005 to 2012. He is presently Vice-President of FIDIC (International Federation of Engineering Consulting) and President of “Comité National des Conseillers du Commerce Extérieur de la France”. Alain Bentéjac is Chevalier de la Légion d’Honneur.

Do Borders play an Economic Role ?