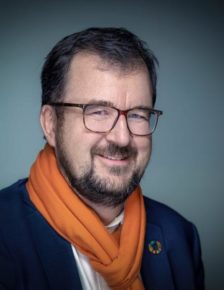 
Bertrand Badré is Managing Partner and founder of Blue like an Orange Sustainable Capital. Previously, Bertrand was Managing Director and CFO of the World Bank. Prior to joining the World Bank, he was Chief Financial Officer of Société Générale and Crédit Agricole and was a member of President Jacques Chirac's diplomatic team as the President's Deputy Personal Representative for Africa. He worked for seven years at Lazard, in New York and London, and then in Paris as a managing partner where he co-led the successful restructuring of Eurotunnel. He began his career in Paris as a Finance Inspector. He currently sits on the board of Wealth Simple, a Canadian fintech asset management company and is a non-executive member of the Board of Getlink (Eurotunnel Group). Bertrand wrote the book "Money Honnie, si la finance sauvait le monde?", of which the English version "Can Finance Save the World?" is prefaced by President Emmanuel Macron and Gordon Brown and translated into several languages. More recently he wrote the book "Voulons-nous (sérieusement) changer le monde ?", with a preface by Erik Orsenna. He has led the publication of several reports; namely "From Billions to Trillions": MDBs contributions to development financing" and in 2004, he wrote "Eau" with Michel Camdessus, on finance and access to water, translated into Spanish and Portuguese. Bertrand is a graduate of ENA, SciencesPo and HEC. He is a regular speaker at universities such as Georgetown, Johns Hopkins, Princeton and Oxford.