The Clash of Times

The World Economy, between Emergencies and the Long Term 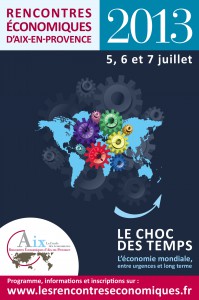 The world economy has a past, a present, and a future. But it is also made up of a myriad of different approaches to time. Countries, cultures, sectors of activity conform to their own different notion of time; the pace of finance is different from the pace of education, politics and industry both have a different approach to time. For some, emergencies are building up; others must make it back to the long term. Others are stuck between the very short term necessities and the long term projections. 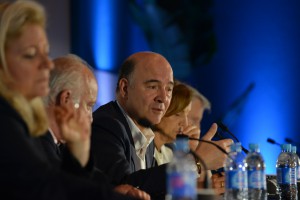 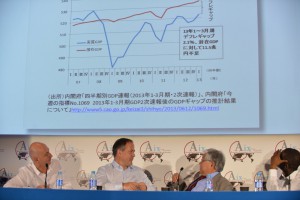 At a time when the world economy is becoming more and more interdependent, these different competing approaches to time can no longer be ignored. They can be antagonistic and paralyse activities. The purpose of this 13th edition of the “Rencontres Économiques d’Aix-en-Provence” was to reflect on the ways the world economy can regain a new balance between emergencies and the necessary construction of tomorrow’s World.

During three days, academics, CEO’s, representatives of international institutions all coming from more than 35 countries have debated on the issue of “The Clash of Times”. Friday afternoon was devoted to the different approaches to time and the dividing lines they can generate. The Saturday morning sessions focused on the time needed for in-depth changes and the emergency measures they require. Saturday afternoon was devoted to the construction of tomorrow’s world and the related necessary long-term policies. The Sunday morning sessions followed up with the issue of the political time approach, political delays and the governance of the many time zones.

As usual the “Rencontres Économiques d’Aix-en-Provence” were concluded by a final statement drawn up by the members of “Le Cercle des économistes” with the novelty this year of a final statement written by the winners of the “Inventez 2020!” student contest. 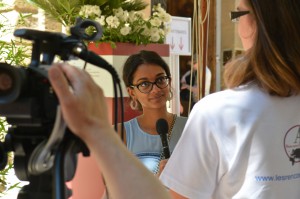 Hadeel Ibrahim interviewed by a student journalist for Les Rencontres économiques. Watch the 55 interviews of Aix 2013 on Youtube

The world has never been confronted by such difficulty in managing the gaps between time-related horizons. The clash of times is the gap between the time of politics, that of populations, and 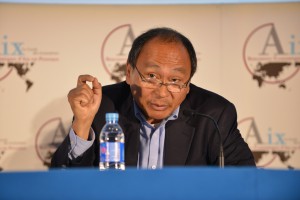 that of institutions. It is also the conflict between the short time of the financial world and that of the corporate world.

The difficulty in getting out of the financial crisis precipitates this conflict of times. Our challenge is to conceive the transition to balanced and sustainable growth by reconciling the need to go quickly with the need to protect the vulnerable groups.

In Europe, the Euro zone crisis is far from being resolved, but the matter of urgency is also to find new political solutions to revive growth. In France, the matter of urgency concerns structural reforms. The youth are the great sacrifice of the times we are going through. That’s why the Cercle des économistes has organised a competition called “Invent 2020! It’s the students’ turn to speak.”

12 proposals to bring back confidence:

In Europe, exit from the crisis will happen on two conditions: a realistic agenda for the reduction of public debt and transfer of savings from the North to the South:

For France, six measures to speed up the competitive impact:

4. Overturn the CICE (tax credit for competitiveness and employment), to lower than the social contributions in 2014.
5. Continue to reform the labour market through better social dialogue, by simplifying the branch system (reduce the current 600 branches to 40).
6. Implement a pension reform that will apply only to new entrants in order to start the transition towards structural balance.
7. Conduct a supply policy in real estate (free the land), transport and distribution.
8. Cause a technological breakthrough in the environment industry by redirecting the R&D tax credit to the clean energy and technology sectors. 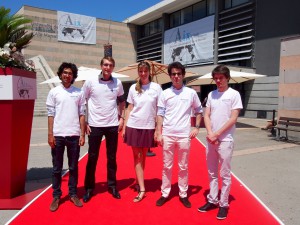 9. For an efficient State, eliminate the structural doubles with a simplified architecture of local and regional authorities and agencies that do not rely on assigned taxes.

Youth is a wonderful asset for France. All youth-related policies go through a transfer of resources to the young, which could reach 1 to 2 points of the GDP.

10. Create a “youth contract”: a monetary allowance against contractual commitment to look for a job or go on a training scheme leading to a qualification for the 1.9 million young people who are neither students, nor employees, nor on a training scheme.
11. Increase the second chance schools tenfold
12. Promote the integration of young people on the labour market:
– Give each young person the right to an apprenticeship
– Make trial periods and work-study combinations tax exempt