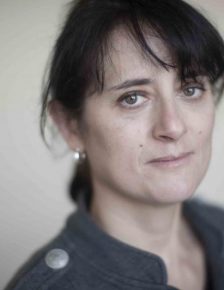 
Patricia Crifo is Professor of Economics at Ecole Polytechnique and researcher at CREST. She is also research fellow of the Institut des Politiques Publiques , CIRANO (Montréal, Ca), and Institut Louis Bachelier.

At Ecole Polytechnique  she is the director of the MscT Economics for smart cities and climate policy, the co-director of the research initiative for Sustainable Finance and Responsible Investment (FDIR) and deputy scientific director of the Energy4climate Center.

She is member of the Prudential Supervision and Resolution Authority (ACPR)’s Supervisory College and Vice president of its Climate and Sustainable Finance Commission; of the Economic Council for Sustainable Development, the Greenfin and SRI label  Committees, and of the French Social investment forum/PRI Jury. She is also member of the French Public Ethics Observatory.

Patricia started her career as CNRS researcher in 2005, and became University Professor in 2006. Former student of Ecole Normale Superieure Paris Saclay (Cachan), she graduated from a Master in Economics at University Paris 1 Panthéon Sorbonne and Ecole Centrale Paris and obtained her PhD in Economics in 2001 at University of Lyon. She was nominated Best Young Economist by Le Monde/Cercle des économistes in 2010 and received the title of Chevalier de l'Ordre National du Mérite in 2014, and best young researcher in 2002 (Lyon).