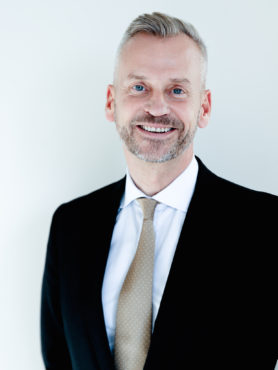 He regularly advises most of the covered bonds issuers (sociétés de crédit foncier and sociétés de financement de l’habitat) active in France. He notably advised the shareholder banks of the Société de Financement de l’Economie (SFEF), a refinancing vehicle set up in October 2008 to support French credit institutions, on their equity participation, and assisted the SFEF with the implementation of loans and financing to credit institutions. He has recently advised on the first ever refinancing of a public-private partnership through capital markets relating to the new headquarter of the French Ministry of Defence.

Xavier de Kergommeaux was the Managing Partner of the firm from January 2004 to December 2009. He was elected member of the Paris Bar Council in January 2016, in charge of the Finance Commission. He is a former secretary of the Paris Bar Debating Society (1993).

He is consistently recommended as Leading Individual in Capital Markets / Securitisation by Chambers Global (since 2000), by Legal 500 in Derivatives & Structured Finance (since 2003), as well as by IFLR1000 (since 2010), Who’s Who Legal and American review Best Lawyers. He has been named Lawyer of the Year in Finance by Best Lawyers in France in 2010 and 2014.