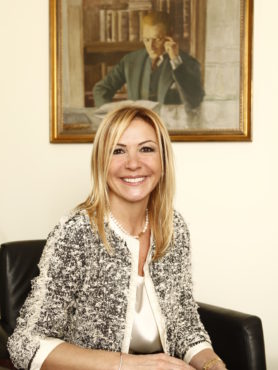 Member of the Board, Boyner Holding

After graduating from the University of Rochester (USA), Department of Economics, Ümit Boyner completed programs in Financial Management and Management Training at Columbia University.

She started  her professional career as Credit Marketing Manager at Chemical Mitsui Bank, Finance Manager at Türk Petrol Holding A.Ş. and continued as Finance and Treasury Manager at Turcas Petrolcülük A.Ş. until 1996. From 1996 until 2002, she served as Finance Director at Boyner Holding, overseeing the restructuring of the financial departments of Group companies, and the establishment of a central treasury system. Since 2002, as a Board Member at Boyner Group, she has focused on the Group’s new investment and finance related projects.  Between 2013 – 2018, she served as Member of the Board of Directors of Euler Hermes. Currently, she is a member of The International Advisory Board of Euler Hermes  and  CHUBB Inc. She is also the Chairperson of Boyner Foundation and Co-Chair, Scientific Committee  of L’Institut du Bosphore, Paris.

Nazlı Ümit Boyner acted as a TUSIAD  (Turkish Industry and Business Association) Board Member between 2005 and 2010 and held the position of chairwoman of TÜSİAD from 2010 until 2013. She is currently Vice President of TUSIAD High Advisory Council.

She is a co-founder of the women entrepreneurs’ association KAGİDER and held the position of Vice President between 2002 and 2005.

She was presented the order of “Légion d’Honneur” in 2013 for her contributions to the development of socio-economic relations between France and Turkey.