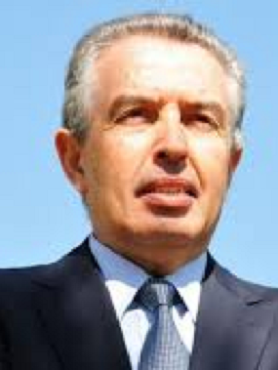 Tarak Chérif was born on August 7, 1955 in Sfax, holds a Master’s degree in Law, a diploma in management from ISG Paris and in international politics from IHEI Paris Sorbonne. He is a Tunisian businessman, at the head of the ALLIANCE GROUP, whose companies are active in several sectors including tourism, chemicals, distribution, household appliances…

Thus, he is the founding President of an employer, the CONFEDERATION OF CITIZENS’ ENTERPRISES OF TUNISIA – CONECT, created in 2011. In addition to his professional activities, he also holds responsibilities in sports organizations, particularly tennis, in his capacity as President of the AFRICAN TENNIS CONFEDERATION and the Olympic Committee of the INTERNATIONAL TENNIS FEDERATION.

Among other things, Mr. Chérif is also Honorary Consul of the Republic of Turkey in Tunisia since May 2011. More recently, in April 2018, he was elected Vice-President of the Federation of Arab Businessmen for the period until 2022, on the margins of the sixteenth meeting of the Arab Business Community held in Amman, Jordan.

Knight of the Legion of Honour, he has also received several other decorations in Tunisia and abroad.