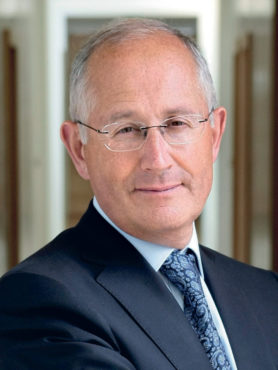 Philippe Wahl is a graduate of IEP Paris with a Research Masters Degree in Monetary and Financial Economics and is a former student of ENA.

From 1984-1988, Mr. Wahl served as an auditor and then Master of Requests at the French Council of State. Between 1986-1988, he was the project leader for the Chairman of the Commission’s office of the French Stock Exchange. In 1988, he joined the Prime Minister’s office as Advisor, responsible for Monetary, Financial and Tax Affairs.

Mr. Wahl becomes Chairman and Chief Executive Officer of La Poste Group in September 2013 and Chairman of the Supervisory Board of La Banque Postale in October 2013. He was appointed Executive Vice President of the silver economy steering committee in December 2016.