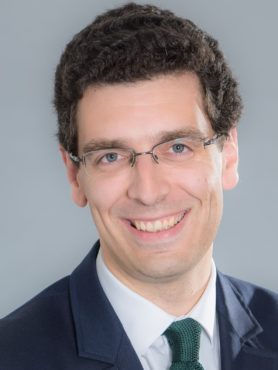 Paul Allibert was appointed Managing Director of the Institut de l’Entreprise in May, 2017. Previously, he held during eight years several positions in Allianz France. Passionate about insurance, he managed the launch and development of Allianz Online, an intrapreneurial start-up selling insurance to direct and digital customers.

Apart from his professional experience, Paul’s expertise is rooted in both his philosopy studies at the École Normale Supérieure (Lyon, France) and his Master of Science in Management at HEC Paris. Convinced that the freedom of entrepreneurship is essential to solve some of the chief challenges of our time, this 35-year-old French defends the contribution of companies to the general interest, while advocating a better integration of CSR into the purposes of firms.

Presided by Antoine Frérot, Chairman and CEO of Veolia, the Institut de l’Entreprise is one of France’s top business think tanks, uniting a wide community of companies willing to explore the societal role of businesses. www.institut-entreprise.fr