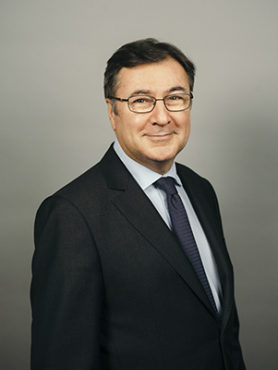 Olivier Klein is both a graduate of the ENSAE, Graduate School of Economics, Statistics and Finance and graduated in Economics (Panthéon Sorbonne University). He also completed HEC’s Program in Advanced Finance and holds language diplomas in both Russian and English.

He was in charge of the Foreign Exchange risk and Interest risk management department for the bank’s major clients. Then he created and managed the investment bank specialising in Acquisitions&Mergers and Private Equity. He was then appointed corporate banking Regional Director of the Rhone-Alpes-Auvergne-Bourgogne-Franche Comté areas for medium and large sized companies. I