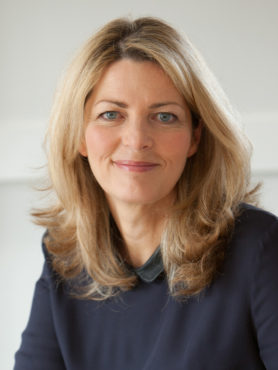 Marie-Anne Barbat-Layani is General Inspector of Finance. She graduated from the Institut d’Etudes Politiques of Paris and the Ecole Nationale d’Administration and studied political science and macroeconomics at NYU. She is Chief Executive Officer of the French Banking Federation since January 2014. From 2010 to 2012, she was Deputy Director of the Prime Minister’s Office. Previously Deputy Chief Executive Officer of the Fédération nationale du Crédit Agricole from 2007 to 2010, she was deputy director of Banking and Financing of General Interest Activities at the Treasury from 2002 to 2007. From 2000 till 2002, she was head of the office of credit institutions and investment firms at the Treasury, after having been technical advisor for European Affairs to the Minister of Economy, Finance and Industry’s office, and occupied several positions at the Treasury and French Permanent Representation of France in Brussels. She is a member of the Board of the LabEx ReFi (Cnam, ENA, Université Paris I Panthéon Sorbonne, ESCP Europe), of Paris Europlace, Altarea-Cogedim, MEDEF and ICC France (International Chamber of Commerce).