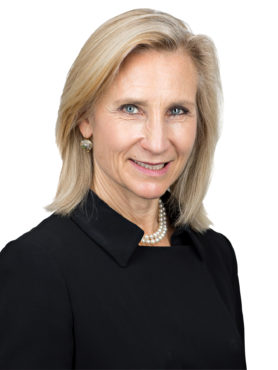 Lisa Osofsky became the Director of the Serious Fraud Office (SFO) on August 28, 2018. In this role, she is responsible for all investigations and prosecutions for some of the UK’s most serious and complex fraud and bribery. Before joining the Serious Fraud Office, Osofsky served as EMEA Regional Chair based in Exiger’s London office. In this role, she served as the EMEA lead on the Anti-Money-Laundering and Sanctions monitorship of HSBC Bank, as well as other monitorship work centred in Europe.

Previously she was the Regulatory Advisor at Control Risks. Prior to that Osofsky was the Executive Director of the Business Intelligence Group and the Money Laundering Reporting Officer at Goldman Sachs International, London. Preceding her time with Goldman Sachs, Osofsky served as the Deputy General Counsel (DGC) and Ethics Officer for the FBI. Osofsky was also a Special Attorney in the Fraud Section of the Criminal Division of the U.S. Department of Justice (DOJ) and stationed at the SFO in London. Osofsky began her career in Chicago as a law clerk to federal judge James B. Moran; she then served as an Assistant U.S. Attorney. Before becoming DGC of the FBI, Osofsky served in DOJ’s Office of International Affairs. Osofsky received her B.A., Phi Beta Kappa, magna cum laude, from Amherst College, and her J.D. from Harvard Law School.

Ms. Osofsky was called to the Bar of England and Wales in 1997 and is a bencher at Middle Temple. Ms. Osofsky received the 2019 ACFE Cressey award recognising her lifetime commitment to the fight against fraud.