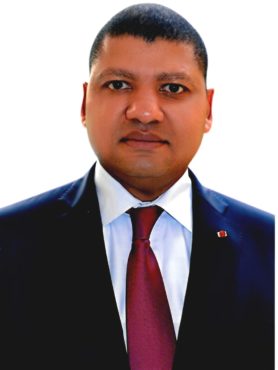 Graduate of a Master of Laws degree at the University of Montpellier as well as a degree from the Institute of Higher Studies of National Defense of France (HEDN) and a Master of International Affairs at the University of Florida in Miami, Jean-Louis BILLON began his professional career with Grace Cocoa in Milwaukee, Wisconsin, USA before returning to Côte d’Ivoire in 1995 and joining the SIFCA Group, as General Secretary, then Chief Executive Officer of the Group in 2000 and Chairman of the Board of Directors, in 2001 after the death of his father.

Since 2001, he has been successively General Secretary, Chief Executive Officer and then Chairman of the Board of Directors of SIFCA. With more than 30,000 employees, SIFCA is the leading employer after the state and the main Ivorian company in the agribusiness sector, specializing in the cultivation, processing and marketing of vegetable oil (mainly palm oil), rubber and can sugar. Over the years the group has expanded well beyond Ivorian borders neighboring Liberia, Ghana, Senegal, .and Nigeria as well as in France. The SIFCA group contributes to the development of West Africa by purchasing the majority of its raw materials from private local farmers.

He has also served as Minister of Trade, Handcrafts and SMEs Promotion, from November 2012 to January 2017.

Since April 27, 2017, he is Executive Secretary, Head of Studies, Prospective and Propaganda and Deputy Spokesman of the PDCI-RDA.