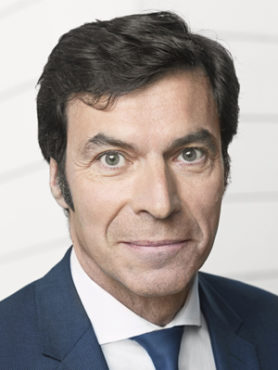 After graduating from HEC business school in 1984, he began his career in 1985 as a Research Analyst with Banque Nationale de Paris in Paris and then with Merrill Lynch in 1988 in London. In 1990 he joined the Mergers & Acquisitions department of Lazard Frères, becoming a Partner in 1997 and then Head of Mergers & Acquisitions in 2000.

He joined LVMH in 2003 as Deputy Finance Director before becoming Chief Financial Officer in 2004. He is also Chairman and Chief Executive Officer of La Samaritaine since 2010. Jean-Jacques Guiony is a member of the LVMH Executive Committee.

He is a Chevalier in the French Legion of Honor.