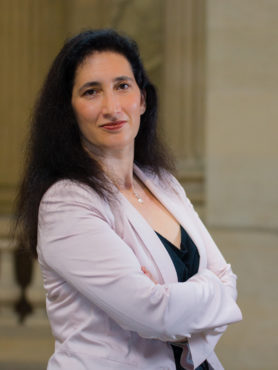 Isabelle de Silva is a member of the Conseil d’Etat, the French supreme administrative court, which she joined in 1994 after graduating from Ecole des Hautes Etudes Commerciales (HEC-1990), the Community of European Management Schools (CEMS-1990), the Sorbonne University in philosophy (Paris I-1989) and Ecole Nationale d’Administration (ENA-1994), the French national school for civil service.

She was an adviser to the Minister of Culture and Communications, in charge of the press and the radio (1999-2000), director of legal affairs of the Ministry of Ecology, Sustainable Development, Transport and Housing (2009-2011), and became a member of the sector regulator for press distribution in 2012.

She had been a member of the board of the Autorité de la concurrence since 2014.