Chief of Staff and Sherpa to the G20 - OECD 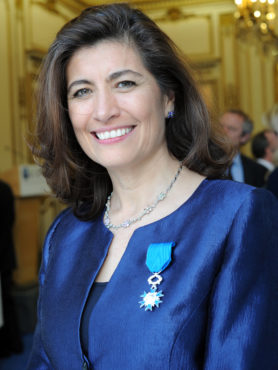 Gabriela Ramos is the OECD Chief of Staff and Sherpa to the G20. Besides supporting the Strategic Agenda of the Secretary General, she is responsible for the contributions of the Organisation to the global agenda, including the G20 and the G7. She leads the Inclusive Growth Initiative and the New Approaches to Economic Challenges and also oversees the work on Education, Employment and Social Affairs (including gender).

Previously, she served as Head of the OECD Office in Mexico and Latin America, co-ordinating several reports on Mexico to advance the health and education reform. She developed the OECD’s Mexico Forum and edited and launched the “Getting it Right” flagship publication series.

Prior to joining the OECD, Ms Ramos held several positions in the Mexican Government, including Director of Economic Affairs (and OECD issues) in the Ministry of Foreign Affairs and Technical Secretary at the Office of the Minister for the Budget.  She has also held several positions as Professor of International Economy at the Universidad Iberoamericana and at the Instituto Tecnológico Autónomo de México. Ms Ramos holds an MA in Public Policy from Harvard University, and was a Fulbright and Ford MacArthur fellow. She was decorated with the Ordre du Merit by the President of France, François Hollande, in 2013.