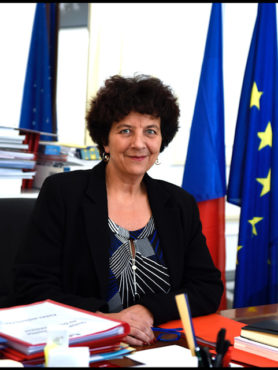 Before being appointed as the Minister of Higher Education, Research and Innovation, Frédérique Vidal had been the President of the University of Nice Sophia-Antipolis (UNS) since 2012.