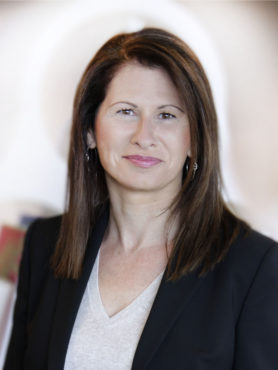 Emmanuelle began her career as a clinical research associate first at Rhône-Poulenc, then at Pierre Fabre and then at Genetics Institute until Wyeth bought the company.

Emmanuelle then held marketing positions in the Hemophilia field, an area previously unknown to her new employer.

In November 2007, Emmanuelle was appointed CEO of Wyeth France and, after Pfizer’s acquisition, she was confirmed as President of Pfizer France, the world leader in the pharmaceutical industry.

In December 2012, she left Pfizer to set up Harmonium, a European start-up specialised in diabetology.

She was appointed President of Janssen France on 5 January 2015.

She is President of the Janssen Horizon Endowment Fund, member of the LEEM Board of Directors and member of the Agipharm Board, which brings together the American pharmaceutical companies.

She is a member of the GIP Génopole’s Industry Science Innovation Committee.

She is a knight of the Legion of Honour.