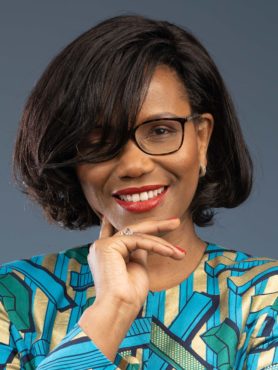 With more than two decades of experience in the Information Technology industry, Elisabeth Moreno was President and General Manager of Lenovo in France before joining HP as the Vice President and Managing Director of Africa.

Ms. Moreno was born in 1970, in Africa sub-Saharan. At the age of 6, she moved to Europe with her family, where she has spent the past 40 years.

Moreno studied business law at the University of Paris, having decided she wanted to become a lawyer but switched to economics after founding a family company in the building industry.

In 2006, after graduating in Paris XII, she earned a European Executive Master’s degree in business administration specializing in multinational environment at ESSEC & Mannheim Business School.

With professionalism and proficiency, Ms. Moreno has now spent more than 20 years in the field of Information and Technology. She began her career in Global corporations such as France Telecom (now Orange), a French multinational telecommunication group, serving as the Leader of the Small and Medium businesses during the privatization period.

In 2000, she joined Dell, the American computer systems provider as the Sales Manager of French Corporate accounts. She moved up the company ladder up to implementing a new organization in Morocco in 2008 and lastly becoming the Sales Director for strategic customers based in Europe Middle East and Africa (EMEA).

She moved to Lenovo, the worldwide Personal Computer corporation in 2012, as their Regional Sales Director. 4 years later, she was promoted as the Executive Director of Global Acquisition Accounts for EMEA and became the President and Managing Director of Lenovo France in 2017.

She is currently the Vice President and Managing Director of HP Africa, the leading Computing and Printing corporation in the region. In this role, Moreno is responsible to drive HP’s business and strategy, supporting customers and partners in their journey to use HP’s solutions and technologies to reinvent their organisations.

A mother of two, Ms. Moreno is also affiliated with French and Capeverdean entrepreneurs’ associations such as MEDEF, Cabo Verde Business Club and Outre-mer Network. She is also a Counsellor Judge.

With a keen interest in the community, she supports and volunteers with organizations carrying out education, diversity and inclusion activities.

In 2018 She has been awarded Entrepreneur of the year by the government of Cape Verde.