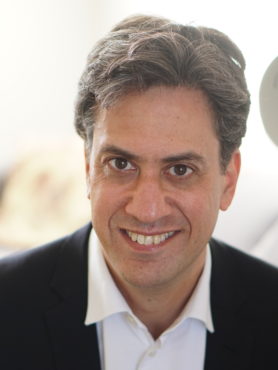 Ed Miliband was elected MP for Doncaster North in 2005, serving as minister for the Third Sector from 2006, and secretary of state for energy and climate change from October 2008.

He served as leader of the Labour Party from 2010–2015, and has continued his work on tackling inequality and climate change as a backbench MP.