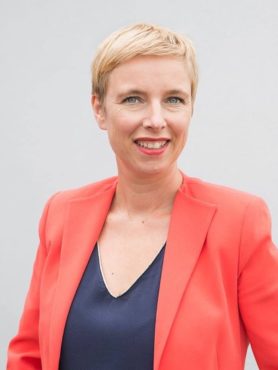 Clémentine Autain studied history at Paris VIII-Saint-Denis University. She worked on the 1930’s in Algeria and the Women Liberation Movement. She stared her political carrier in the Paris municipality where she was deputy mayor in charge of the youth.  She was then elected in Sevran in the municipal council. in 2017, she was elected at the National Assembly with the support of Ensemble, the PCF and the France Insoumise.

Outside of her political carrier, she worked as an editorialist for RTL and France Culture. She is now co-directing the magazine Regards. Clémentine Autain also published a few books on the fight for gender equality as well as on the left.