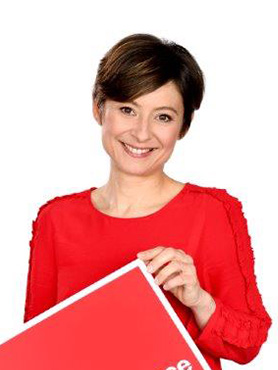 Alexandra Bensaid is a radio host and producer on national public radio France Inter with her program « On n’arrête pas l’éco » since 2010. On TV, she comments on economics in « Le 20 Heures » on France2 since 2018.

As a co-host, she is a regular presenter in France Inter morning show. Since 2016, she also co-hosted political shows both on radio and TV.

Alexandra was born in Marseille. She also lived in New York and Arusha (Tanzania)