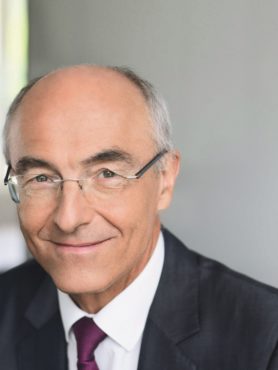 A graduate of CentraleSupélec (Ecole Centrale Paris), Benoît Potier joined Air Liquide in 1981 as a Research and Development engineer. After serving as a Project Manager in the Engineering and Construction Division, he was made Vice-President of Energy Development in the Large Industries business line. In 1993, he became Director of Strategy & Organization and, in 1994, was put in charge of the Chemicals, Metal & Steel, Oil and Energy Markets. He was made an Executive Vice-President of Air Liquide in 1995 with additional responsibilities over the Engineering & Construction Division and the Large Industries operations in Europe.

Benoît Potier was appointed Senior Executive Vice-President in 1997. He was appointed to the Board of Directors in 2000 and became Chairman of the Management Board in November 2001.

In 2006, he was appointed Chairman and Chief Executive Officer of L’Air Liquide S.A.