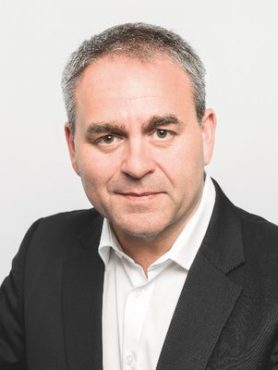 Xavier Bertrand began his professional career in insurance, but soon moved into politics in the Northern French department of Aisne, serving as a member of its General Council and then becoming its representative in the French National Assembly in 2002. From 2005 to 2007, he served as Secretary of State for Health in charge of health insurance and later as Minister of Health and Solidarity, spearheading health insurance reform and responding to the chikungunya epidemic on Reunion Island. He also supported France’s ban on smoking in public places. In 2007 he became campaign spokesman for Nicolas Sarkozy, who served as France’s President from 2007 to 2012. Re-elected to represent Aisne in the National Assembly, Xavier Bertrand was named Minister of Labor, Social Affairs, Family Affairs, and Solidarity under French Prime Minister François Fillon. During his tenure,he helped to relax France’s 35-hour workweek by allowing a tax exemption for overtime pay. Other achievements included reforming the country’s special retirement plans for civil servants and establishing minimum service requirements for public transport. In January 2009, Xavier Bertrand left the cabinet to become Secretary-General of France’s UMP party, but soon returned, serving as Minister of Labor, Employment and Health from November 2010 to May 2012. In October 2010, Xavier Bertrand was elected mayor of Saint-Quentin, and in June 2012 he was re-elected to the National Assembly, but later resigned both positions after he was elected President of the Hauts-de-France Region on January 4, 2016. 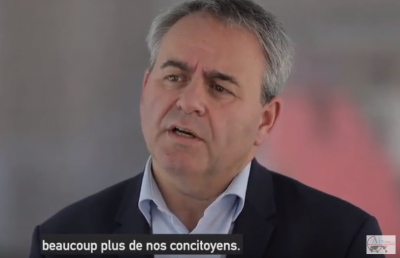