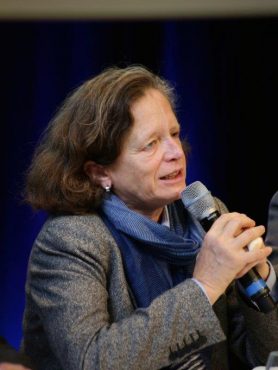 In 2014, she headed the  commission reporting on economic governance framework of the EMU and in 2015 on the budgetary capacity for the Eurozone .

In European Parliament elected in 2009, she was the Chairwoman of the Employment and Social Affairs Committee and a substitute member in the Economic and Monetary affairs committee. Prior to that, she was Chairwoman of the Economic and Monetary affairs Committee (2004-2009), Head of the French socialist delegation (June 1997-June 2004 & June 2014-January 2017) and Vice-President of the Socialist group in the European Parliament (June 1997-June 2004).

Pervenche graduated  from the « Institut d’Etudes Politiques » in Paris and was until 1994 an administrator in the French National Assembly with a brief hiatus from 1988 to 1992 where  she acted as an advisor for International and European affairs to Laurent Fabius, President of the National Assembly.