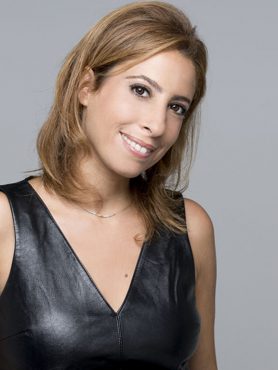 She began her career as a TV presenter for newly created French International news TV channel, France 24. There, she hosts  both La soirée and Une Semaine aux Amériques.

In 2010, Salamé joins i-télé and hosts a political show Elysée 2012 in the context of the 2012 French presidential elections. The following year she moves on to present Ca se dispute alongside Eric Zemmour and Nicolas Domenach.

In August 2014, she succeeds to Natacha Polony as a commentator on Laurent Ruquier’s On n’est pas couché. Recognized for her punch, she joins Patrick Cohen as host for France Inter’s morning show.