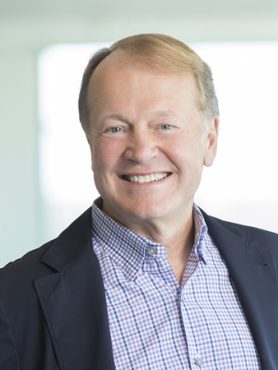 John Chambers is the founder and CEO of JC2 Ventures, a purpose-driven venture firm that focuses on helping disruptive startups from around the world build and scale. Prior to founding JC2 Ventures, Chambers spent over 25 years with Cisco, serving as CEO, Chairman and Executive Chairman. He currently holds the title of Chairman Emeritus at Cisco.

Chambers is also the Chairman of the US-India Strategic Partnership Forum (USISPF) and was most recently appointed Global Ambassador of the French Tech by President Emmanuel Macron of France. In addition to investing in and mentoring startups, Chambers promotes entrepreneurship, gender equality, and accelerating overall new business creation around the world to create startup nations and a startup world, as he believes that startups will be the core driver of economic growth and job creation in the Digital Age.