Director General - National Council of Science and Technology in Mexico 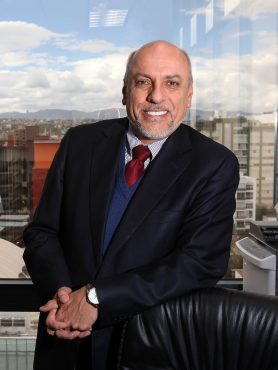 Enrique Cabrero Mendoza is the Director General of the National Council of Science and Technology in Mexico (CONACYT). The CONACYT promotes  scientific development and technological modernization in Mexico. The organization informs government policies on scientific matters and also manages programs to encourage industry and private sector involvement in science and technology R&D.

Enrique is a member of the Mexican Academy of Sciences and  has been consultant to various international institutions such as the OECD, the World Bank and the United Nations Development Program (UNDP).

Enrique gained  his degree in Public Administration at the Autonomous University of San Luis Potosi in 1977. He then obtained a Masters of Public Administration from CIDE (Center for Economic Research and Teaching) in Mexico in 1980. He received his PhD in Management Science from HEC Paris in 2001.