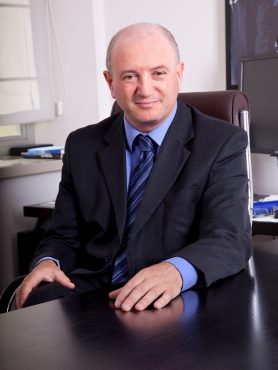 Daniel Zajfman obtained a Ph.D. in atomic physics at the Technion in 1989. After working as a consultant for Elscint in Haifa, Professor Zajfman spent two years at the Argonne National Laboratory, near Chicago, as a postdoctoral fellow. He joined the Department of Particle Physics of the Weizmann Institute of Science in 1991 as a senior scientist. In 2001, Daniel Zajfman was a member of the Max Planck Institute for Nuclear Physics in Heidelberg, where he became director in 2005. In 2006, Professor Zajfman was elected the tenth president of the Weizmann Institute of Science, becoming, at 47 years, his youngest president. It helps to develop and strengthen international scientific collaborations, and between France and Israel in particular, by multiplying research programs with the Institut Pasteur, the CNRS and the École Polytechnique.

Professor Zajfman’s research focuses on atomic and molecular physics; in essence, he wants to determine how, in difficult conditions, molecules form in the diffuse and dense interstellar clouds of galaxies. Professor Zajfman also seeks to understand the astrophysical conditions found in star-forming regions or supernova remnants; he works to solve the enigma of star formation, recreating interstellar conditions in a laboratory environment.

Daniel Zajfman received the Guttwirth Award, the Levinson Prize in Experimental Physics, and was also awarded the Emilio Segrè and The Minerva Award Lecture Awards. Daniel Zajfman is 58 years old, he is married to Joëlle, physicist by training and artist; they have two children.