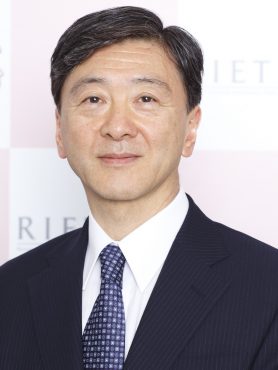 Prior to his current position, Mr. Nakajima served as the Senior Managing Executive Officer & Chief Economist of Mizuho Research Institute, Ltd. from 2004 to 2011. He joined the Industrial Bank of Japan (IBJ), now Mizuho Bank, in 1975, and was also President of Banque IBJ (France) S.A. and an executive officer of the Bank.

Mr. Nakajima has an extensive and deep knowledge of both the Japanese economy as well as the world economy. His recent book Era of Large Excess Economy (available in Japanese and Korean) examines the world’s supply-demand balance as an underlying factor of intensifying sentiments for anti-globalization and curbing migration. He graduated from the University of Tokyo with a B.A. in the Faculty of Law. He lived for 12 years in France and is a fluent French speaker.