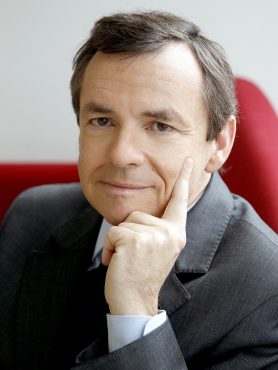 Alain Weill began his career in 1985 as Director of the radio network NRJ. In 2000, he acquired RMC radio and created the NextRadio group. In 2002, he purchased BFM and turned it into a radio station dedicated to business and finance coverage. In 2005, he launched BFM TV, which became the leading news TV channel in France. BFM Business TV, RMC Découverte, BFM Paris, BFM Sport, Number 23 and a digital hub centered on the 01 brand will be launched later. NextRadio TV is partnering with the Altice-SFR group in 2015.