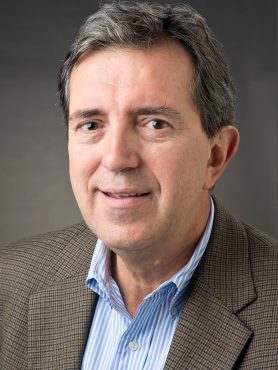 Timothy M. (Tim) Smeeding is the Lee Rainwater Distinguished Professor of Public Affairs and Economics at the University of Wisconsin. Smeeding was recently named the John Kenneth Galbraith Fellow or the American Academy of Political and Social Sciences for 2017. He was the founding director of the Luxembourg Income Study   from 1983-2006 and the Luxembourg Wealth Study from 1995-2006. Smeeding was director of the Institute for Research on Poverty from 2008–2014. He was awarded a WARF Named Professorship by the University of Wisconsin–Madison, in 2016. He has been a visiting scholar at the Center for the Advance Study in Behavioral Sciences and the Russell Sage Foundation. Smeeding is a multi-disciplinary scholar with articles that have appeared in the top journals in economics, sociology, political science, policy analysis, demography, social and applied statistics, health care, education and science more generally. His recent work has been on inequality in income wealth and consumption for the same individuals, social and economic mobility across generations, inequality of income, consumption and wealth, and poverty, especially for children, in national and cross-national contexts.

His website and cv can be found at http://www.lafollette.wisc.edu/faculty-staff/faculty/timothy-smeeding