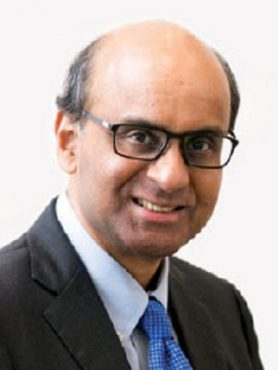 From 2011, Tharman was Chairman of the International Monetary and Financial Committee (IMFC), the key policy forum of the IMF, for an extended period of four years.

Tharman is Chairman of the Group of Thirty, an independent global council of leading economic and financial policy-makers since Jan 2017. In April 2017, he was appointed as Chairman of the G20 Eminent Persons Group on Global Financial Governance, to review the system of multilateral financial institutions.

Besides his responsibilities in Government, he chairs the Board of Trustees of the Singapore Indian Development Association (SINDA), and also chairs the Ong Teng Cheong Labour Leadership Institute.

Tharman studied at the London School of Economics and Cambridge University. He later obtained a Masters in Public Administration at Harvard University.