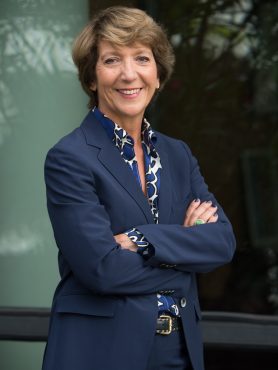 Stéphane Pallez is a graduate of the Institut d’Etudes Politiques de Paris and ENA. She began her career in 1984 at the Treasury Department. She was Deputy Director at the board of the World Bank in Washington between 1988 and 1990. From 1991 to 1993, she was adviser on industrials matters to the Minister of Economy and Finance. From 1995 to 1998, she was responsible for the Insurance Division in the Treasury Department. Between 1998 and 2000, she was in charge of a portfolio of public shareholdings and from 2000 to 2004 she held the position of Head of European and International Affairs of the Treasury Department.

In 2004, she joined France Télécom-Orange as Deputy CFO. In July 2011, she became President and CEO of CCR (Caisse Centrale de Réassurance). Stéphane Pallez was appointed as President and CEO of la Française des Jeux in November 2014. She is also member of the Board of several French leading companies such as CNP Assurances where she chairs of the Audit Committee, GDF Suez and Eurazeo.