Chairman of the Board - SAFRAN 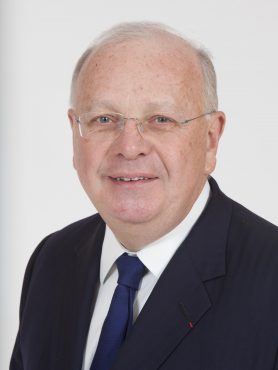 Born in 1954, Ross McInnes earned a degree from Oxford and also studied in France. He started his career in 1977 with Kleinwort Benson in London, then in Rio de Janeiro. In 1980 he joined Continental Bank (now Bank of America) as Vice President in corporate finance, with assignments in Chicago and Paris.

He was named Chief Financial Officer of Eridania Beghin-Say in 1991, and was appointed to the Board of Directors in 1999. The following year, Ross McInnes moved to Thomson-CSF (now Thales) as Executive Vice President and CFO, playing a major role in the company’s transformation. In 2005 he joined PPR (now Kering) as Senior Vice President for Finance and Strategy, before joining the Supervisory Board of Générale de Santé in 2006. From 2007 until 2009, Ross McInnes was Vice Chairman of Macquarie Capital Europe, specialized in infrastructure investments.

In 2009, Ross McInnes joined Safran as Executive Vice-President, Economic and Financial Affairs in June of that year. In April 2011, he became Deputy Chief Executive Officer. In April 23, 2015, he was appointed Chairman of the Board of Safran.

On February 25, 2015, within the framework of economic diplomacy, the French Minister of Foreign Affairs and International Development, appointed Ross McInnes as special representative for economic relations with Australia.

In November 2016, The French Prime Minister named Ross McInnes “Ambassador” for an initiative designed to offer advice to foreign companies who plan to set up operations in the greater Paris Area, within the scope of a program that aims to boost France’s attractiveness.

He was appointed to the High Committee for Corporate Governance, after being nominated by AFEP (French Association of Large Companies) and Medef (French employers’ union).

He is a Non-Executive Director of Faurecia, Eutelsat and IMI plc.