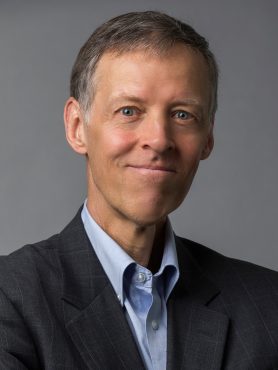 Dr. Robert D. Atkinson is one of the country’s foremost thinkers on innovation economics. With an extensive background in technology policy, he has conducted ground-breaking research projects on technology and innovation, is a valued adviser to state and national policy makers, and a popular speaker on innovation policy nationally and internationally.

A sought-after speaker and valued adviser to policymakers around the world, Atkinson’s books include Innovation Economics: The Race for Global Advantage (Yale, 2012), Supply-Side Follies: Why Conservative Economics Fails, Liberal Economics Falters, and Innovation Economics is the Answer (Rowman & Littlefield, 2006), and The Past And Future Of America’s Economy: Long Waves Of Innovation That Power Cycles Of Growth (Edward Elgar, 2005). He also has conducted groundbreaking research projects and authored hundreds of articles and reports on technology and innovation-related topics ranging from tax policy to advanced manufacturing, productivity, and global competitiveness.

President Clinton appointed Atkinson to the Commission on Workers, Communities, and Economic Change in the New Economy; the Bush administration appointed him chair of the congressionally created National Surface Transportation Infrastructure Financing Commission; and the Obama administration appointed him to the National Innovation and Competitiveness Strategy Advisory Board. He also served as co-chair of the White House Office of Science and Technology Policy’s China-U.S. Innovation Policy Experts Group. He is currently a member of the U.S. State Department’s Advisory Committee on International Communications and Information Policy and the U.S. Department of Commerce’s National Advisory Council on Innovation and Entrepreneurship.