Rector - Financial University under the Government of the Russian Federation 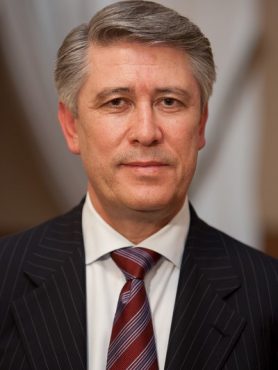 Rector of Financial University under the Government of the Russian Federation

1987-1991 – Head of a team of Soviet professors, University of Aden (People’s Democratic Republic of Yemen, presently the Yemen Arab Republic)

In his capacity of Rector and Chairman of the Academic Council of the Financial University, one of the leading Russian economist-training universities and research centers, he supervises the work related to the University integration into the bachelor/master level-based system (in line with the principles of the Bologna Declaration), supervises the activity of the teaching staff and the administrative staff aimed at innovative development and ensures the transformation of the University into the modern-type university and its integration into the European Higher Education Area, international academic and research community. In his capacity of Chairman of the All-Russia Teaching Methodology Association in charge of training economists, he coordinates the work of the teaching staff of over 700 economist-training universities that are members of the Association.

He is Chairman of Dissertation Examination Boards examining works prepared by the persons majoring in World Economy and Economics and Economic Management. He is an academic supervisor of postgraduate students and doctoral degree seekers.

He is Chairman of the Editorial Board of the Vestnik Finansovogo Universiteta (Financial University Bulletin) journal and a member of Editorial Boards at various journals.