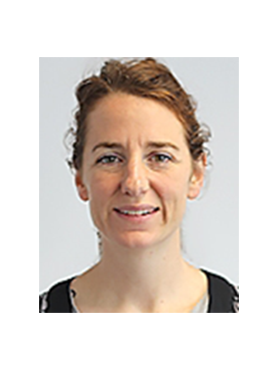 Kate Bell was appointed Head of the Economic and Social Affairs Department (ESAD) in July 2016 (to cover a period of leave).

The Department leads the TUC’s work in many key areas of economic and social policy, seeking to influence public and political debate through a comprehensive programme of research, analysis and events. Significant areas of work cover macroeconomic and fiscal policy, industrial policy, climate change and energy policy, corporate governance and capital markets, social security and the welfare state, pensions policy and employment rights.

The Department gives particular consideration to economic and labour market trends and their implications for people at work. ESAD works closely with many partners including trade unions, government departments and agencies, employers, NGOs, think tanks, parliamentarians and journalists.

Before joining the TUC as Head of ESAD, Kate worked as Head of Policy and Public Affairs for a local authority, as Work and Pensions adviser to Ed Miliband during his period as leader of the Labour Party, and for the charities Child Poverty Action Group and Gingerbread.

The TUC is the voice of Britain at work. Our overall objectives are to raise the quality of working life and promote equality for all. Our mission is to be a high profile organisation that campaigns successfully for trade union aims and values; assists trade unions to increase membership and effectiveness; cuts out wasteful rivalry; and promotes trade union solidarity.

Just as individual workers benefit by joining together in a union, so unions gain strength by acting together through the TUC. The TUC brings unions together to draw up common policies on issues that matter to people at work.

We represent more than 5.6 million workers in 50 unions. Globally we are part of a union family with 180 million members in more than 160 countries. Our unions range in size from Unite with 1.3 million members to small specialist unions with only a few hundred. Most unions are also affiliated to the Global Union Federation for their sector.