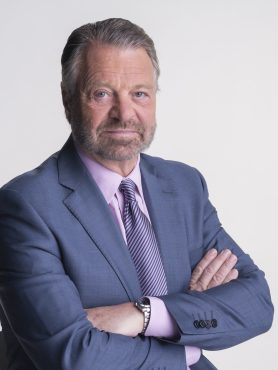 Jorge Castañeda was Foreign Minister of Mexico from 2000 to 2003. He attempted to run for President of Mexico as an independent candidate in 2006. Castañeda is a renowned public intellectual, political scientist, and prolific writer, with an interest in Mexican and Latin American politics, comparative politics and US-Mexican and U.S.-Latin American relations.

Born in Mexico City in 1953, Dr. Castañeda received a B. A. from Princeton University and a B. A. from Universite de Paris-I (Pantheon-Sorbonne), an M. A. from the École Pratique de Hautes Etudes, and his Ph. D. in Economic History from the University of Paris-I.

He taught at Mexico’s National Autonomous University (UNAM) from 1978 through 2004, at Princeton University, and the University of California, Berkeley and (since 1997) at NYU. Jorge Castañeda was a Senior Associate at the Carnegie Endowment for International Peace (1985-87) and was a John D. and Catherine T. MacArthur Foundation Research and Writing Grant Recipient (1989-1991).

Jorge Castañeda is a regular columnist for the Mexican daily El Financiero, and the Spanish daily El País. In 1997, he was appointed Global Distinguished Professor of Political Science and Latin American Studies at New York University. He has been a Member of the Board of Human Rights Watch since 2003. In April 2008, Castañeda was elected Foreign Honorary Member of the American Academy of Arts and Sciences, and International Member of the American Philosophical Society. In 2013, President Peña Nieto appointed him as Co-President of the France-Mexico Strategic Council.

Compañero: The Life and Death of Che Guevara (Knopf, 1997)

Limits to Friendship: The United States and Mexico, with Robert Pastor (Knopf 1988)

Ex-Mex: From Migrants to Immigrants (The New Press, 2007)