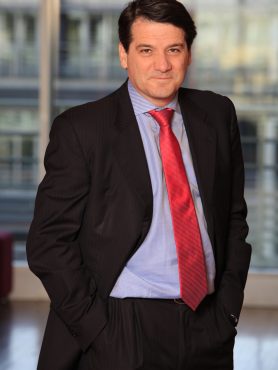 Jean-Marc Ollagnier is Group Chief Executive of Accenture’s Resources operating group, which serves the energy, utilities, chemicals, forestry products, metals and mining industries. He assumed his role in March 1st 2011, when he also joined Accenture’s Executive Leadership Team.
Between 2006 and 2011, Jean-Marc served as Managing Director for the Resources operating group in Europe, Africa, the Middle East and Latin America. Prior to this role he was country Managing Director of Accenture in France and the Benelux countries.

In his career at Accenture, he has led strategic projects, large-scale transformation and IT projects, primarily with clients in the utilities and financial services industries. In his current role, he co-chairs the Global Energy Board with Lord Browne, which brings together leaders of the world’s energy industry. Jean-Marc frequently contributes to publications on subjects related to energy, market deregulation and climate change.
Located in Paris, France, Jean-Marc joined Accenture in 1986 and became a partner in 1997. He graduated in 1985 from the L’Ecole Nationale Supérieure des Télécommunications in Paris.