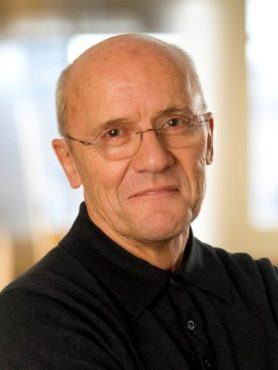 Geoffrey Lamb is Senior Adviser to Bill and Melinda Gates. He was previously the Gates Foundation’s Chief Economic and Policy Adviser and President of the foundation’s Global Policy and Advocacy division.

Before joining the foundation in 2006, Lamb held several senior positions at the World Bank, including vice president for Concessional Finance and Global Partnerships in which he led negotiations for the replenishment of IDA and for the financing of the Multilateral Debt Reduction Initiative. He has worked on economic reform and development in a range of countries, especially in Africa, Asia, Eastern Europe and the former Soviet Union. An Irish citizen, Lamb was born in South Africa and educated in South Africa and the United Kingdom. He has been a member of the board of the Global Fund to Fight AIDS, Tuberculosis and Malaria from its founding until 2006, and of the International Aids Vaccine Initiative 2000-2014, and its chairman 2003-2008. He has also chaired international negotiations for the replenishment of the African Development Bank’s concessional arm, the African Development Fund.