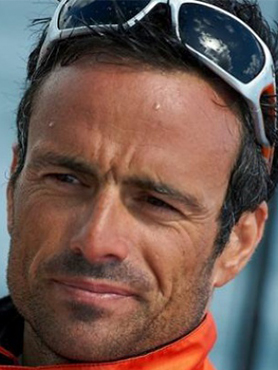 He no longer needs an introduction. The only thing missing from the trophy cabinet of this sailor born in Aix-en-Provence is victory in the Olympic Games and the America’s Cup. In singlehanded, double-handed or crewed configuration, from the Solitaire du Figaro to the Route du Rhum, the Transat Jacques Vabre to the Jules Verne Trophy or the Little America’s Cup and the Volvo Ocean Race, all of which he’s won, 44-year-old Franck Cammas has built up an exceptional track record. His technological approach, his intelligence, his good seamanship and his huge capacity for work, his talent for surrounding himself with the best people and delegating, plus an extraordinary degree of determination, all characterise this petite yet tireless sailor. Putting every effort into winning is the leitmotif of this remarkable racer, whose sole focus is performance.