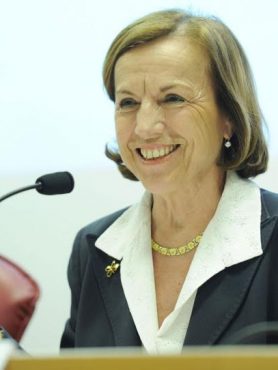 Elsa Fornero holds the Chair of Economics at the University of Turin, as well as academic positions as Scientific Coordinator at CeRP (the Center for Research on Pensions and Welfare Policies, which she founded in 1999), Honorary Senior Fellow of the Collegio Carlo Alberto, Vice-President of Share-Eric (Survey of Health, Ageing and Retirement in Europe), Research Fellow at Netspar, and Policy Fellow at the IZA Institute for the Study of Labour. She is also a member of the Scientific Council of the Observatoire de l’Epargne Européenne, the Advisory Group of the New Pact for Europe and the Research Committee of the OECD International Network on Financial Education.

From November 2011 to April 2013 she served as Minister of Labour, Social Policies and Equal Opportunities in Italy’s “technocratic” government, in which capacity she conceived and drafted the pension and labour market reforms that, by altering the medium and long term structure of Italian public finance and labour regulation, were fundamental to the EU’s subsequent lifting of its excessive deficit procedure against Italy and to the long term rebalancing of economic relations between generations, from youth to middle age.

Fornero is also the author of many publications on public and private pension systems, pension reforms, population ageing, household saving, retirement choices and life insurance. Her recent writings have been influenced by her experience in policy making. Her latest work, on reform and financial education, is: “Voting in the aftermath of a pension reform: the role of economic-financial literacy”, (with Anna Lo Prete); CeRP WP 171/17 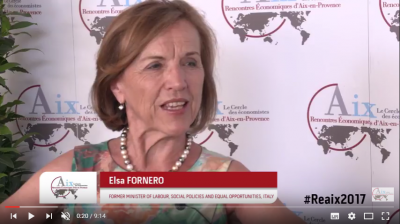