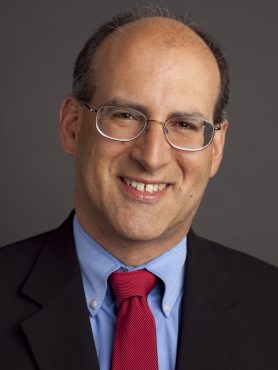 Damon A. Silvers is the Director of Policy and Special Counsel for the AFL-CIO.  He joined the AFL-CIO as Associate General Counsel in 1997.

Mr. Silvers serves on a pro bono basis as a Special Assistant Attorney General for the state of New York and is a Senior Fellow for the Roosevelt Institute.  He is a member of the Investor Advisory Committee of the Securities and Exchange Commission, and the Public Company Accounting Oversight Board’s Investor Advisory Group.  Mr. Silvers is also a member of The Century Foundation’s Board of Trustees and is a member of the board of the investor coalition CERES.

Mr. Silvers led the successful efforts to restore pensions to the retirees of Cannon Mills lost in the Executive Life collapse and the severance owed to laid off Enron and WorldCom workers following the collapse of those companies.  He served from 2003 to 2006 as pro bono Counsel to the Chairman of ULLICO, Inc. and in that capacity led the successful effort to recover over $50 million related to improperly paid executive compensation.